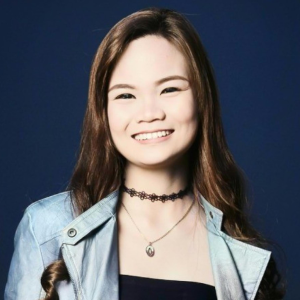 Our Countdown of the Best BOSTON Tribute Bands

A major powerhouse in the rock scene, the multi-platinum selling band BOSTON has captured the hearts of classic rock lovers for decades.

With decades of incredible high-energy performances, 75 million records and albums sold worldwide, and millions of dollars worth of ticket sales, this multiplatinum band is undeniably one of the most recognizable recording artists in the rock n’ roll world. From intriguing five part harmony vocals, to three-part harmony guitars, BOSTON packs a lot into both its recorded music as well as live concerts.

However, BOSTON’s popularity means that they can’t always perform for every event that wants them. So if you’re interested in hiring the best BOSTON tribute bands for your music festival, private parties, corporate events, or anything under the sun, you’ve come to the right place.

In this article, we’ve compiled the top five BOSTON tribute bands of all time – each one bringing the hits from the original band, and in some cases, a bit more.

David Victor formerly of BOSTON is a tribute band to the music of BOSTON, formed by David Victor himself, a former guitarist and co-lead vocalist of BOSTON who performed with the band for two tours and sang their most recent #1 hit, “Heaven on Earth”.

It was in 2009 when David Victor’s Smokin’ rendition was first seen by BOSTON’s founder, main songwriter, and guitarist. The band’s founder was so impressed by David’s performance that he asked David to join the band in their upcoming North American and Canadian tours to provide lead vocals and guitar.

Originally known as “Bostyx” (as they began life doing the music of both BOSTON and Styx), David Victor formerly of BOSTON (or “DVFOB” for short) was created to let David Victor to stay in tip-top vocal and guitar shape in between tours.

Today, this best tribute band delivers a full set of BOSTON songs with each electrifying show. The result is an explosive, earth-shattering vibe that is unmistakably classic rock ‘n roll.

Their live set list includes memorable BOSTON hits as well as well-loved Styx music and David Victor originals. Interestingly enough, this combination of BOSTON and Styx resonates so well that there are now at least three other “BOSTON tributes” that also do music from both these bands!

With their larger-than-life performances, powerful vocals, and glorious layered guitar harmonies, attending a “David Victor formerly of BOSTON: The Hits of BOSTON & More” show might just make you feel like you’re watching the 2008 tour when these two classic rock powerhouses were on tour together.

Indeed, each show is like a once-in-a-lifetime experience that all rock enthusiasts, especially true BOSTON fans, will certainly love. Whether you’re a teenager, an astronaut, an elementary school teacher, or an employee at Home Depot, as long as you love the music of BOSTON, you’ll find something for you here.

Without a doubt, David Victor formerly of BOSTON is the one BOSTON tribute band that you shouldn’t miss in your lifetime.

Make sure to check out this website for more details such as ticket prices and dates of performance to reserve your date as soon as you can.

Smokin’ was a BOSTON tribute band that could instantly transport you back to the vast classic rock era with the music of BOSTON.

David Victor performed with this band in Los Angeles back in 1999 and was actually discovered by BOSTON while performing with Smokin’ at a venue in North Hollywood, CA.

This version of Smokin’ had many other talented members, including August Zadra, who hit the big time as touring guitarist with Dennis DeYoung. Other musicians in Smokin’ have toured the country with many other tribute bands.

David Victor, Smokin’s lead vocalist and guitarist captured the unique spirit of BOSTON with his effortless voice and engaging showmanship.

Keyboard and vocalist Victor Bender knew BOSTON like the back of his hand. Recording percussionist Ron Henderson contributed to acts like Taste of Honey and Spencer Davis.

Bassist and backup vocalist Scott Richards had years of experience in songwriting with multiple rock bands and as a session musician. Lastly, guitarist and vocalist August Zadra nailed the guitar performances to a “T”, surprising audiences with the accuracy of his renditions.

Taken all together, Smokin’ was a tribute band in the United States that played with BOSTON very near to its heart the entire time.

The oldest active BOSTON tribute band in existence, Long Time will definitely have you singing along to classic hits from your favorite rock band.

Although this premier tribute band also does acoustic shows for smaller venues, they’re mainly known for never failing to deliver a jampacked set of BOSTON hits as a live act. Over the years, this tribute band has been captivating audiences left and right with each of their BOSTON cover songs.

This top-notch band was formed back in 2008 by six talented professional musicians. Its lead vocalist is an accomplished professional singer with over 30 years of experience. He has already toured throughout Nevada and most parts of Northern California.

The band’s lead guitarist has over 20 years of experience playing for another rock n’ roll band. Other members include two “long time” guitarists as well as a drummer and talented vocalist, and their bassist has been a BOSTON fan since he was a child.

Their powerful performance promises classic rock enthusiasts an authentic BOSTON experience, and their show is an experience any rock fan will remember for a long time to come.

Third Stage Boston is a costumed tribute band for Boston whose live performances will have you reliving the authentic spirit of the beloved rock band, transcending decades and generations.

Each member of this band features costumes and stage names that are a play on the original BOSTON members’ names.

Dad Brelp (a play on “Brad Delp”), the main vocalist, has been a part of the rock n’ roll scene for decades. He’s well known for having an incredible vocal range, with the ability to sing even female vocals.

Schom Tolz, the lead guitar, is the one who came up with the idea of forming a Third Stage tribute band. Tolz has a reputation for being a technical genius, but he’s also well-known for his stage appeal and incredible guitar solos.

Other members include guitarist Garry Boudreau (a play on “Barry Goudreau”), drummer Hib Sashian (a play on “Sib Hashian”), bass player Shan Freehan (a play on “Fran Sheehan”), and keyboard and tambourine TKP.

All things considered, Third Stage Boston is a dynamic, powerful band with high-energy performances that certainly breathe reenergized life into classic BOSTON songs. Even the largest crowd will be satisfied with the music of BOSTON from this brilliant tribute band.

5. Don’t Look Back: The BOSTON Experience

Another costumed tribute is Don’t Look Back, a band that offers a complete BOSTON concert experience that fans are always eager to watch. It’s a dynamic show that pays tribute to BOSTON and its impact on the music world.

Every show features professional musicians, amazing vocals, and powerful instrumentals. The distinctive 70s and 80s musical style will surely bring listeners back to the glory days of classic arena rock n’ roll played on the AM and FM radio.

Most importantly, Don’t Look Back plays all of BOSTON’s most memorable hits, with the distinct BOSTON style of intricate rhythms, vocals, and soaring instrumental scores.

BOSTON was an iconic rock band that sprang to life in 1976 and left an indelible mark on the rock and roll world and in the hearts and minds of their customers. If you want to bring their music back to life with live performances, and the real band isn’t touring, then the best BOSTON tribute bands are what you need.

Did you find what you were looking for? If you want to show your love for BOSTON and relive the golden era of classic rock ‘n roll from the 70s and 80s, book the best BOSTON tribute band today!

Our Countdown of the Best BOSTON Tribute Bands A major powerhouse in the rock scene, the multi-platinum selling band BOSTON has captured the hearts of classic rock lovers for decades. With decades of incredible high-energy performances, 75 million records and albums sold worldwide, and millions of dollars worth of ticket

we want to hear from you